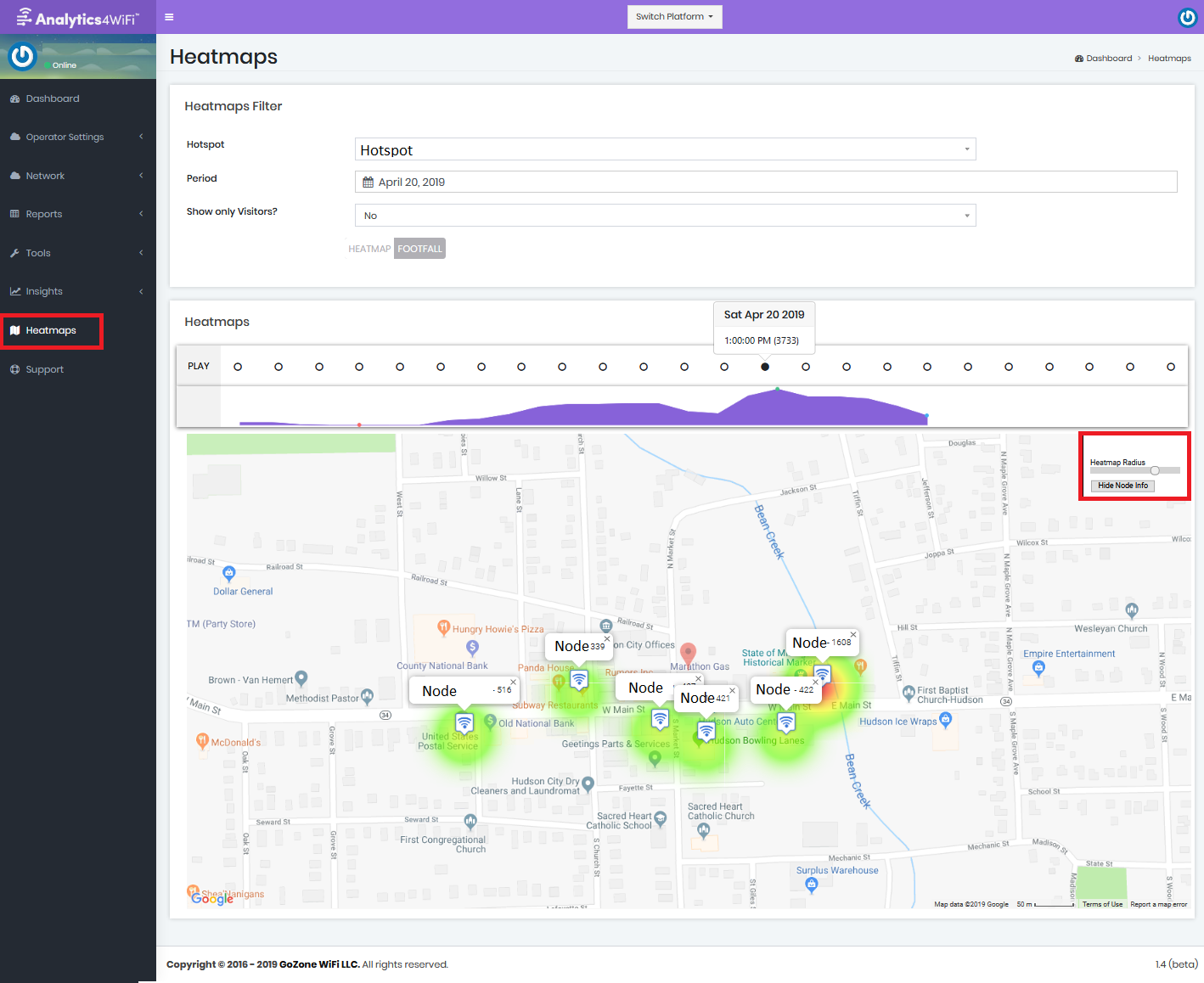 Period: The date you want to view.
Interval: The heatmap displays data in one hour intervals.
Show only Visitors: Toggle to control if all devices should be counted or only visitors.
Heatmap Radius: Slider to control the radius of the heatmap. Adjust to accommodate the size of your map.
Node Info: Toggle to control individual node information that will be displayed above each node on the heatmap.

Colors in the heatmap:

Each hotspot may have a floorplan image associated with it, and if so, there will be an additional slider over the heatmap radius slider, called the “Floorplan Opacity” slider, which will change the transparency of the floorplan image. See image below: